From concert tours and traveling burlesque shows, to indie and Celtic rock acts and intimate acoustic shows across the Hawaiian islands, Murray Thorne has traveled the world of music. A driven musical force, Murray continues to engage audiences with his passionate stage energy and a fervent dedication to always giving 300 percent- no matter where he performs.

As a solo performer he plays a mix of best-loved classic rock songs, original music and Irish sing-alongs. Never relying on the use of pre-recorded backing tracks or drum machines, he has developed a rhythmic style that combines the elements of a full band into one guitar. His energetic performances have made him a consistent crowd favorite.

With an incredible repertoire of songs, sets can be tailored to suit your needs, adding the ideal personal touch to help make your event a success. Whatever the occasion, for venues large or small, Murray has the experience and capability deliver the perfect live soundtrack to complete it. 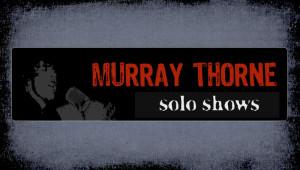 With over 30 years’ experience as an entertainer, Murray has led a career performing in every kind of venue from rural taverns to arenas, from harbors to mountain tops, even peppered with stints as a theater & television actor. Anyone who has seen him perform live knows that he brings the same intensity to every show, captivating audiences with a stage presence and flair that can only be delivered by a veteran artist. He strives to connect with his audience, making them feel as though they are part of the show. As well as having his own catalogue of music, he has also amassed a repertoire of over 150 songs which are a tribute to his favorite classic rock songwriters that he plays as if they were his own. Every performance is truly unique because Murray is willing to go the extra mile to cater to the needs of clients for all occasions.

A solo performance of Pink Floyd’s “The Wall” in its entirety by Murray Thorne. Murray first performed this show in 2012, which features custom imagery he created himself, specifically as a real-time large screen movie backdrop. Shows have also featured 360 degrees of eye popping concert lighting and video mapping to encircle and engage the audience, creating a sonic and visual experience like nothing ever experienced. Few performers would take on the task of playing the music from this iconic album without the help of drum machines or pre-recorded tracks, let alone solo. Blending intimacy with intensity, In The Flesh is unlike any other interpretation of the Roger Waters classic. Every show so far has ended with standing ovations from sold out crowds. 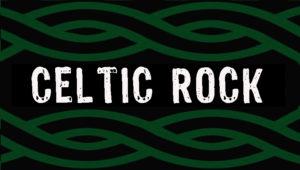 For over 15 years, Murray has been the frontman for Maui’s own Celtic Tigers. The group has been pleasing audiences with an infectious blend of traditional and contemporary Celtic rock music, making them one of the longest running weekly shows on Maui. As lead vocalist and guitarist, Murray can also perform a large part of the Tigers‘ set list as a solo act. He is also available with the accompaniment of varied combinations of other players to best suit your event. All accompanying musicians are world-class performers in their own right. Whether solo or with others, Murray’s energetic presence will keep your toes tapping and hands clapping, making it hard to resist the urge to sing along. From stirring ballads to foot stomping anthems, this set is a perfect ice-breaker for any event! To book Murray as a solo, combo or the full Celtic Tigers band, click here.